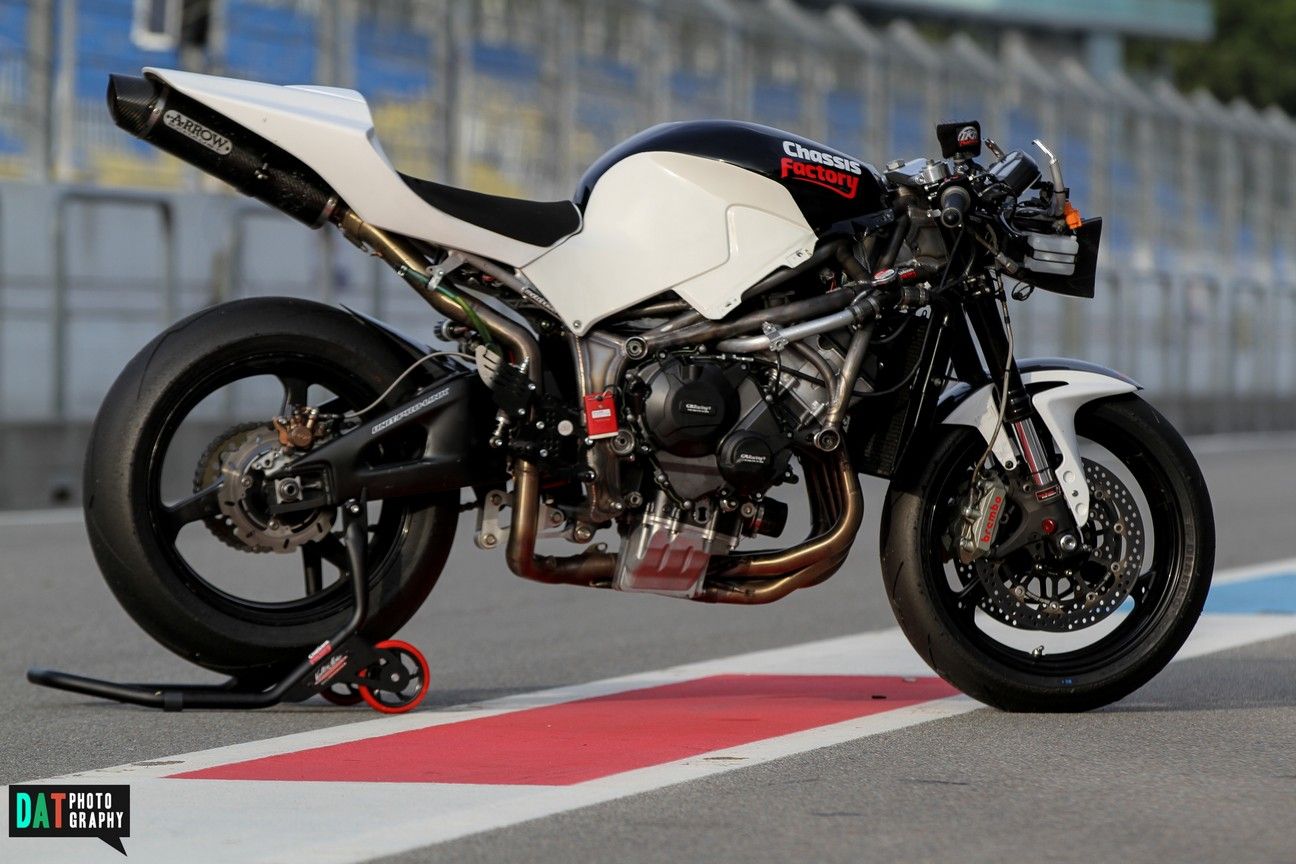 Following the discussions in the BSB paddock, Dutch based Chassis Factory has taken up the challenge to develop a modular GP2 concept that could run alongside the existing Supersport championship.

Aiming at riders coming out of the Hel Motostar Moto3, KTM Cup or other UK championships, the starting point for the concept was to develop an affordable and reliable concept, reachable for all teams that want to step up to this level.

Based on this Chassis Factory developed a GP2 frame concept that can be implemented on different levels. For the entry level, the mainframe of an existing Supersport bike is replaced by a Chassis Factory GP2 frame. This frame has the same setup possibilities available for Grand Prix bikes. The other bike parts like rear swing, front suspension, brake parts and fairing are used from the existing Supersport machine. Adding the modifications as used in the Dickies Supersport championship makes it possible to race a competitive bike in a mixed GP2 championship alongside the Supersport. Since the GP2 bike will be raced using standard, widely available and relatively affordable crash parts instead of exotic, expensive and difficult to get (ex) GP MOTO2 parts, the switch to this class from, for instance Hel Motostar, will be more attractive. 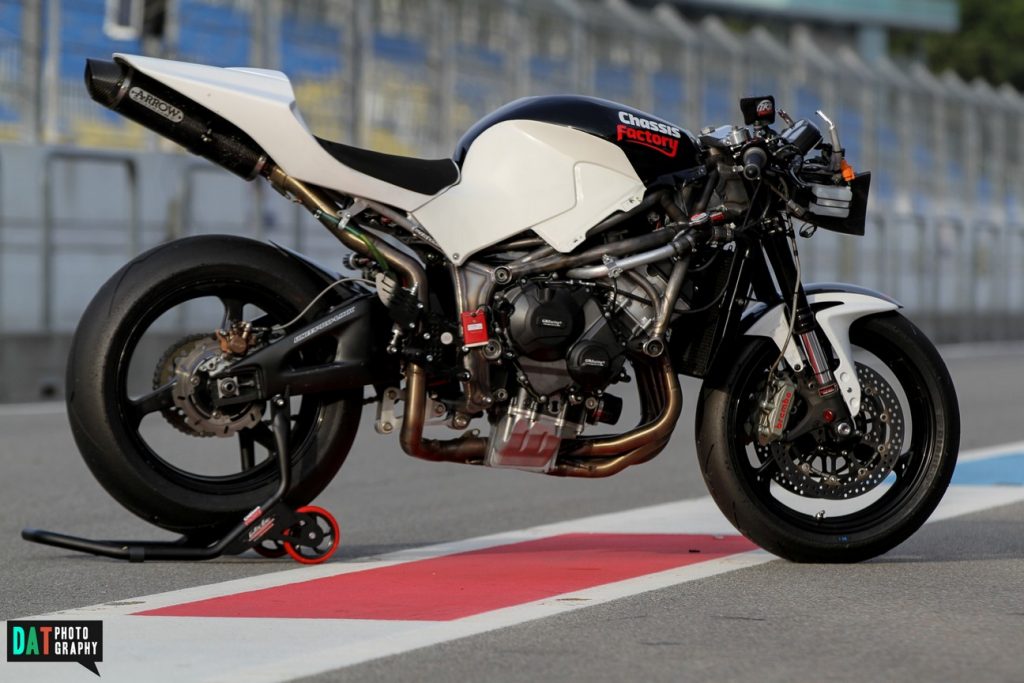 The Chassis Factory GP frame is constructed using chrome molybdenum tubbing. It is very robust and stiff which makes it very direct in its response without adding unnecessary weight that a street legal frame requires. The head stock and swingarm pivot can be adjusted enabling several geometric setups. During the last months of the 2017 season Chassis Factory will test his entry level GP2 frame concept based on a Honda CBR600RR stock bike. But for the 2018 season the GP2 frame concept will be available for all other Supersport machines like R6, ZX6R or Daytona. This leaves teams free in their choices and they can put together a bike that is in line with their capabilities, budget and sponsor possibilities. For the next level Chassis Factory will develop additional mechanical parts like a swingarm and yokes and a full factory Moto2 frame. For the future, we hope that suppliers for suspension, wheels and fairing parts will adopt the GP2 concept to strengthen the project. At length Chassis Factory plans to be on site during the BSB race meetings to support his riders and to make it possible to further develop the package also for team specific demands. 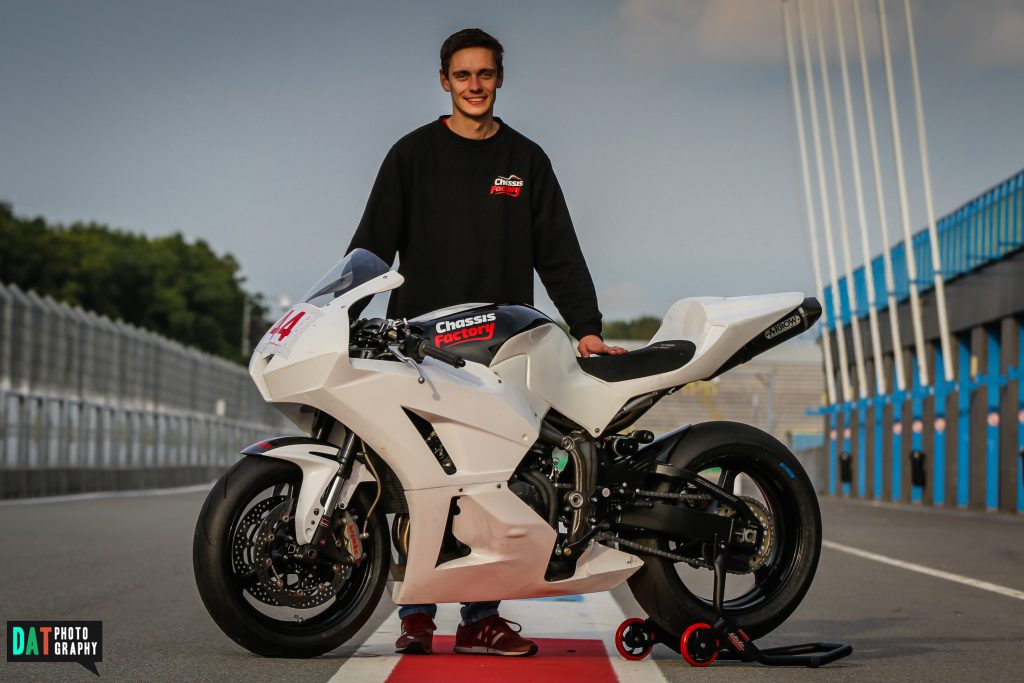